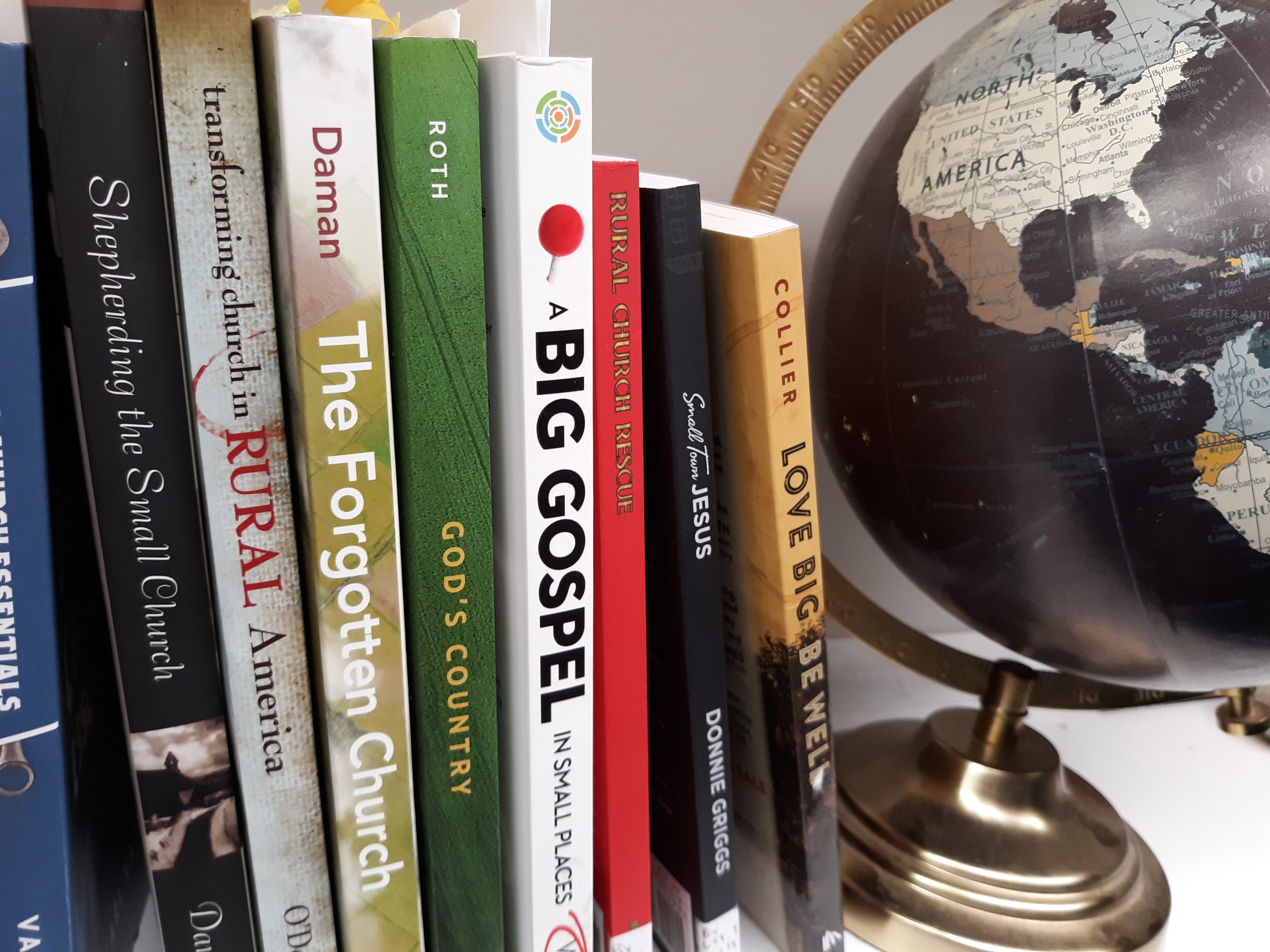 Over the last five years the profile of rural ministry has dramatically increased within American evangelicalism. After decades of feeling like the forgotten step-children of urban- and suburban-centric denominations and church planting organizations, rural pastors and those who care about rural ministry found themselves reaping the benefits of a new level of attention in the wake of the 2016 presidential campaign.

As the pendulum of interest swung in the direction of rural places and churches, a network of new initiatives focused on documenting, understanding, and promoting rural ministry emerged. Seemingly overnight, a handful of longstanding organizations like the Rural Home Missionary Association (RHMA, 1942) and Village Missions (1948), found themselves surrounded by an array of new initiatives that shared their appreciation—even zeal—for ministry in the small, often forgotten corners of America.

Newcomers to the Rural Ministry Conversation

These new organizations and networks came in a variety of denominational and institutional shapes and sizes.[1] From within the Vineyard—a movement known for planting in college towns and suburbs, a group of three pastors founded the Small Town USA initiative in early 2014. Later that year South Dakotan pastor Jon Sanders launched the Small Town Big Church Network and podcast to encourage and resource rural pastors. Over the next two years they were joined by folks like Donnie Griggs, whose 2016 book Small Town Jesus (EverTruth) paved the for Griggs to launch a rural-focused ministry initiative with the same name. In New England, Stephen Witmer and David Pinckney launched Small Town Summits in 2017.  In Kansas, Steve McVey started Dirt Roads Network in 2019 as a way to raise up and train a network of rural pastors to plant and revitalize churches in rural areas.

Like RHMA and Village Missions, most of the efforts that emerged on either side of the 2016 election stemmed from the work of a few dedicated and visionary rural pastors (and in some cases their denominations), who sensed the need was great and the time was right to launch projects specifically tuned to the trials and joys of ministry in small places.

In addition to these grassroots organizations, a handful of evangelical educational institutions emerged as champions of rural ministry. Among the first and most well known is the Rural Matters Institute (RMI) at Wheaton. Initially launched by Assemblies of God, mega-church pastor, Bryan Jarrett and a small team in Sachse, TX, in 2015, by 2016 the RMI had a new home and larger evangelical platform at Wheaton’s Billy Graham Center.[2] Under the leadership of Ed Stetzer, RMI functioned as a national advocate for rural ministry and used a series of conferences, blog posts, and a Facebook group page as tools for convening an array of individuals and organizations with an interest in rural ministry.

Not all institutionally based efforts were national in scope. Some, like the Project on Rural Ministry (of which this blog is a part) at Grove City College, intentionally chose to focus on a regional approach. Founded in 2018, the PRM is a Lilly-funded effort that seeks to promote the thriving of rural pastors in south western NY, eastern OH, western PA, and northern WV by connecting them to the resources of a Christian liberal arts college and by learning from their experiences and amplifying their voices.

In addition to the initiatives already mentioned, a number of books have also helped to raise the profile and potential of rural ministry among American evangelicals. Evangelical interest in publishing books with a rural ministry focus began to build in the first decade of the new millennium with books like Glenn Daman's Shepherding the Small Church (Kregel, 2002) and Shannon O’dell’s Transforming Church in Rural America (NewLeaf, 2010).

As interest in rural ministry increased, so did the willingness of better known publishers to take on books on rural ministry. In 2017 Herald Press published God’s Country, by Mennonite pastor Brad Roth, and Eerdmans published Winn Collier's Love Big, Be Well, a fictional but deeply thoughtful account of pastoring a small-town congregation. The next year Moody published Daman’s book The Forgotten Church. In 2019, IVP added to the library of rural ministry by publishing Stephen Witmer’s A Big Gospel in Small Places. Notably, these books were all written by authors who were themselves rural or small-church pastors.

These books complemented the significant grassroots work initiated by organizations like those listed above as well as a wide array of less prominent efforts at the local and denominational level. Finding a ready readership in the pastors who frequented rural ministry conferences, websites, and rural pulpits, these books gave the topic of rural ministry staying power and pushed the conversation about rural ministry forward by offering theologically rich and sustained engagement with the topic.

In so doing, they also served to provide those of us interested in rural ministry with a foundational literature upon which to base our future efforts to further understand, document, and advance the worthiness of ministering in the places we (and God) continue to love.

Toward a Sustainable, Meaningful Engagement with Rural Ministry

With the last four years of energetic interest in rural ministry in hindsight, it feels as if we are approaching a season in which we need to think with a great deal of intentionality and God-given wisdom about how we can constructively and sustainably build on these efforts in ways that continue to move the conversation forward.

Simply saying "rural ministry matters," was once needed, but it is no longer enough. It is time to think with greater theological and biblical depth, increased quantitative and qualitative analysis, and with a wider and more diverse array of conversation partners about the rhythms, nuances, and widely varying contexts of rural and small-place ministry.

In a recently published series of book reviews and authorial responses and interviews, the Henry Center’s online journal Sapientia offers an example of the kind of conversations that can help to advance the depth and breadth of the rural ministry conversation . (You can find the series here.)

In recent years rural ministry has experienced a welcomed resurgence in interest and attention within American evangelicalism. If this emphasis on rural ministry is going to be sustainable and meaningful beyond this cultural moment, we are going to need more of these theologically formed, give-and-take conversations that help us think more deeply and more broadly about the larger story of ministry in small places.

[1] This is not intended to be an exhaustive list. This list focuses on some of the most high-profile evangelical efforts to engage rural ministry; it does not include every denominational office with an emphasis on rural ministry (e.g., the Lutheran Church, Missouri Synod’s Rural and Small Town Mission.) One can find other examples of rural ministry within mainline Protestantism (e.g., Wartburg Seminary’s Center for Theology and Land; Louisville Seminary’s new grant-funded program to study rural ministry in African American contexts) and Catholicism (e.g., Catholic Rural Life).

Charlie Cotherman is program director of the Project on Rural Ministry at Grove City College. He is also a pastor at Oil City Vineyard, a church he and his wife Aimee had the privilege of planting in 2016. He has written on rural ministry, church planting, and history for a variety of publications including Christianity Today, Evangelicals, and Radix. He is the author of To Think Christianly and a contributing editor of Sent to Flourish. He lives with his wife, four children, and a cat in historic Oil City, Pennsylvania.