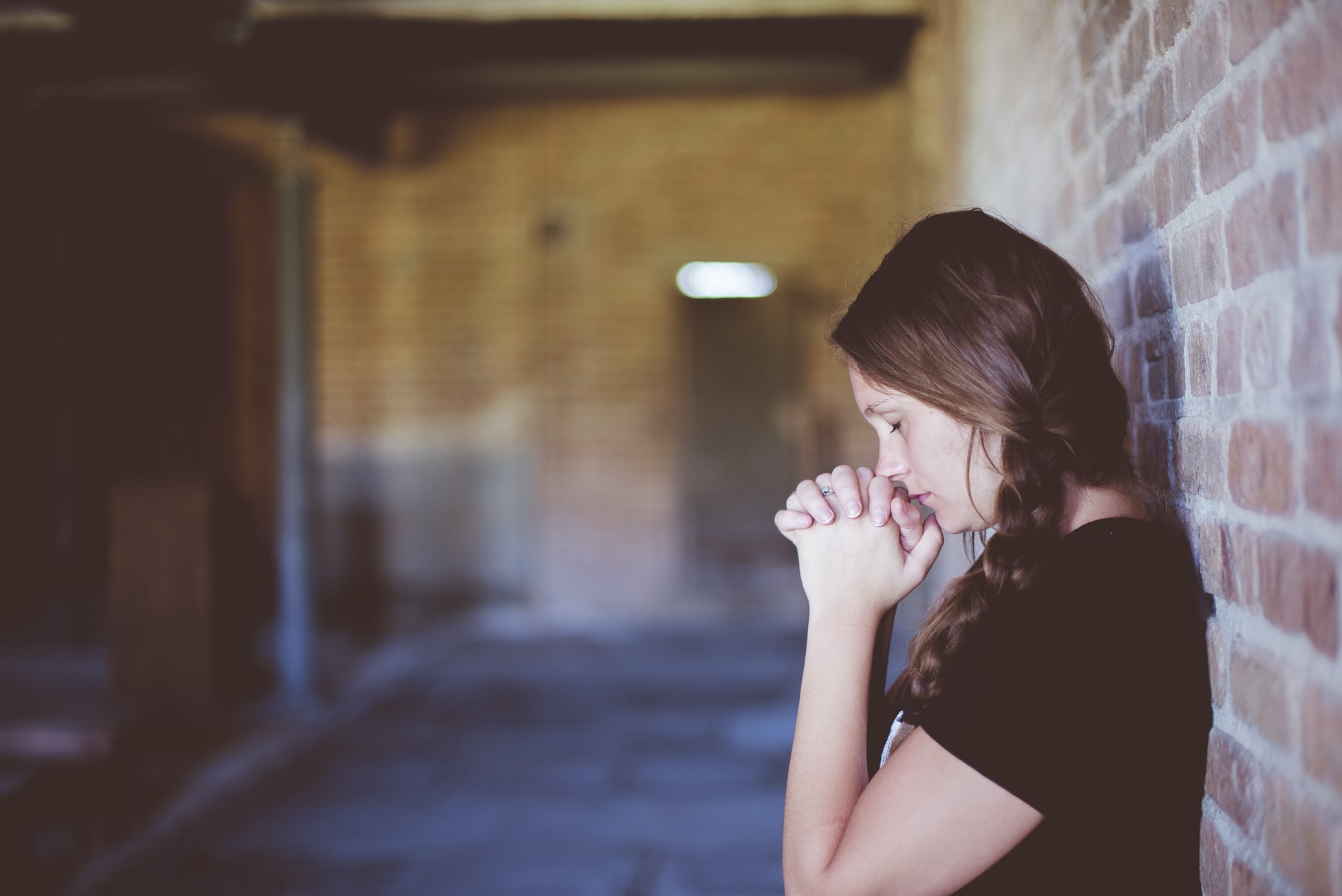 Not Alone: Leading Well When Leading Is Hard

Have you ever been in a class, whether in school, college, or an training course of some kind, where everyone seems to be struggling except that one student who not only succeeds but does so with an ease that seems to make the mere completion of the assignment feel like gloating?

In our current socio-political moment, where leaders of all kinds have felt the push and pull of ever changing public health regulations, the social media-fueled politicization of all of life (even mask wearing), an economy that is booming for some and busted for others, not to mention watching our communities suffer through the fallout of a zero-sum contest that seems to force a choice between opposing racism and supporting our local police officers, any leader of any organization large or small who can casually say that the stresses and strains of leadership haven’t increased over the last few months feels a lot like that math-wiz in our fourth grade class. Good for them. Now, what about the rest of us?

Leading in a Changed Landscape

Pastors definitely aren't immune from this heightened leadership stress. Over the last few months I've found pastoral leadership to be more of a tightrope walk than ever before. If your experience is anything like mine you've probably have had sleepless nights or seemingly endless conversations with yourself and your board (or your unfortunate spouse) about which of two less-than-ideal choices is the least bad or which decision will ostracize the least number of folks.

Now, before you write off the rest of this essay as a sort of extended whine, let me say that I am a person who enjoys leadership. I feel called to lead as a husband and father, as a pastor, and as an involved member of my local community. But the truth is, for me, and for many of the pastors and leaders I talk to, leadership has been a lot more difficult over the last few months. It’s felt more like a crucible than a joy.

One thing that has helped me during this season is reflection on how other leaders have handled difficult circumstances. Over the last month, as I have been leading the church I pastor through a study of the book of Numbers, I have been especially drawn to the story and leadership of Moses. As I have revisited the trials of Moses’ leadership, I have realized that I can learn a lot from how he navigated God’s call to lead in good times and, more often, in times marked by difficulty.

Moses and the Challenge of Leading Well in Difficult Times

In the lead up to Numbers 11 and 12 we see God give his people, the nation of Israel, tools for navigating hard times. He has provided for their needs (water, manna) and some of their wants (quail) already in Exodus and the first half of Numbers. Even more importantly he continues to remind them in a visible and ongoing way (via a cloud) that he is with them and that he has good plans for them in a new, promised land.

However, as is all-too-often the case, we find that God’s goodness is not enough to keep the complaints and disbelief of a few from spreading to the many. From the “rabble” on the outskirts of camp a spirit of discontent overtook the people. Now the miraculously provided daily bread of manna was no longer enough. The people wanted the meat and produce of Egypt—even if it came at the price of their freedom.

To make matters worse, shortly after these complaints ripple through the camp, Moses’s authority gets questioned again, and this time the dissension comes not from the margins but from the center of Moses’s leadership structure—his brother Aaron (the high priest) and his sister Miriam (the prophetess). They begin by attacking Moses on the subject of his wife’s ethnic origin, but we soon see that the underlying issue is a deep dissatisfaction with Moses’s elevated status and leadership in general.

Faced with the people’s obstinate and short-sighted complaints and the bareness of this literal desert season--not to mention the brewing betrayal and outright rejection of his leadership by influential individuals in his own family--Moses reaches his breaking point. Following the people’s complaints, he tells God “the burden is too heavy.” It is so heavy, in fact, that he goes on to tell God, “if you will treat me like this, kill me at once."

Of course, death was not the way out then, just as it is not the way out now. God has something else to offer Moses as he faces this crisis in leadership. God offers Moses his presence, but he offers it in three distinct ways.

1). God reminded Moses that he was near and accessible.

God did not leave Moses alone when the going got hard. Rather, God gave Moses the freedom and time to air his frustrations as a leader. This is something we leaders need to hear. As leaders and pastors, we spend a lot of our time listening to the needs and complaints of others, but we may not have many (or any) folks in our everyday lives who we go to with our own needs or with the emotions that come from walking through conflicts with others.

In Numbers 10 and 11 we see God reminding Moses of his presence through the cloud above the Tabernacle and through his willingness to listen to Moses’s frustrations as a leader during a tough situation made tougher by the attitudes of the people he was leading.

2). God acts on Moses’s behalf by raising up others to share the load.

God not only listens to Moses’s frustrations, he provides Moses with a means of making his leadership responsibilities more manageable through delegation. As a leader, I find this interesting for a couple reasons. Numbers 12:3 informs us that Moses was extremely humble, so it was not that he was arrogantly avoiding delegation. Perhaps he didn’t “see” the right people out there or perhaps he was too deep into the everyday duties of leadership to take time to train someone new.

We also know that this is not the first time Moses receives the gift of delegation. In Exodus 18, Moses acts on his father-in-law’s counsel to find people to help him judge the people. Now, in Numbers 11, the counsel comes not from an in-law but from God himself, and God further backs up the suggestion by putting some of the Spirit that is on Moses on those who are going to be tasked with leading, so that this time it is not just that the right people are helping, it is that the right people are helping in the right way because they are led by the Spirit of God.

This is a good word for those of us who are tempted by either our own predispositions or the sheer enormity of a task to give little time to thinking about delegation. No leader, not even a leader as empowered as Moses, is meant to carry the weight of leadership alone. God is providing people. We just need to remember to look. Even Moses’s delegation of Spirit-filled leaders hinged on his obeying God’s command to “gather for me seventy men” (Num 11:6).

3). A leader’s vindication comes from God.

One of the things that any leader will face—and that far too many leaders and pastors are facing now—are baseless, uninformed, or unjustified critiques of one’s leadership or decisions. Over the last few months, I’ve heard fellow pastors tell stories about congregants who refuse to respect the pastor’s leadership through this crisis. Sometimes longstanding ties to congregations have been severed due to these disagreements. It is not easy to have people reject you and your leadership based on your decision to enforce or not enforce mask wearing or your participation or lack of participation in a local rally. Never before has it seemed like every decision a pastor makes is bound to offend some group of people to the point that they will question your character and consider leaving the church.

This is where Moses’s experience of the crucible is heartening. In the end God vindicates Moses and his actions as a leader in Numbers 11 and 12. While I’m not saying that I expect (or even want!) God to dish out judgement on individuals like he did on the people in Numbers 11 or Miriam in Numbers 12, what I think is worth noting is that Moses was not responsible for his own vindication. He wasn’t pleading for people to give him a chance. He led humbly. He led faithfully. In the end he trusted God with the results.

If you’re a leader of any kind, I hope you can find strength in the example of Moses and God’s commitment to him even as he led through one difficulty after another. The God that called him was not about to abandon him in his moment of gravest need. The same is true for you and me today. Leading well in this moment is hard, but it is also as important as ever. Fortunately, we don't have to lead alone.

Charlie Cotherman is program director of the Project on Rural Ministry at Grove City College. He is also a pastor at Oil City Vineyard, a church he and his wife Aimee had the privilege of planting in 2016. He has written on rural ministry, church planting, and evangelical history for a variety of publications including Christianity Today, Evangelicals, and Radix. He is the author of To Think Christianly and a contributing editor of Sent to Flourish. He lives with his wife, four children, and a cat in historic Oil City, Pennsylvania.