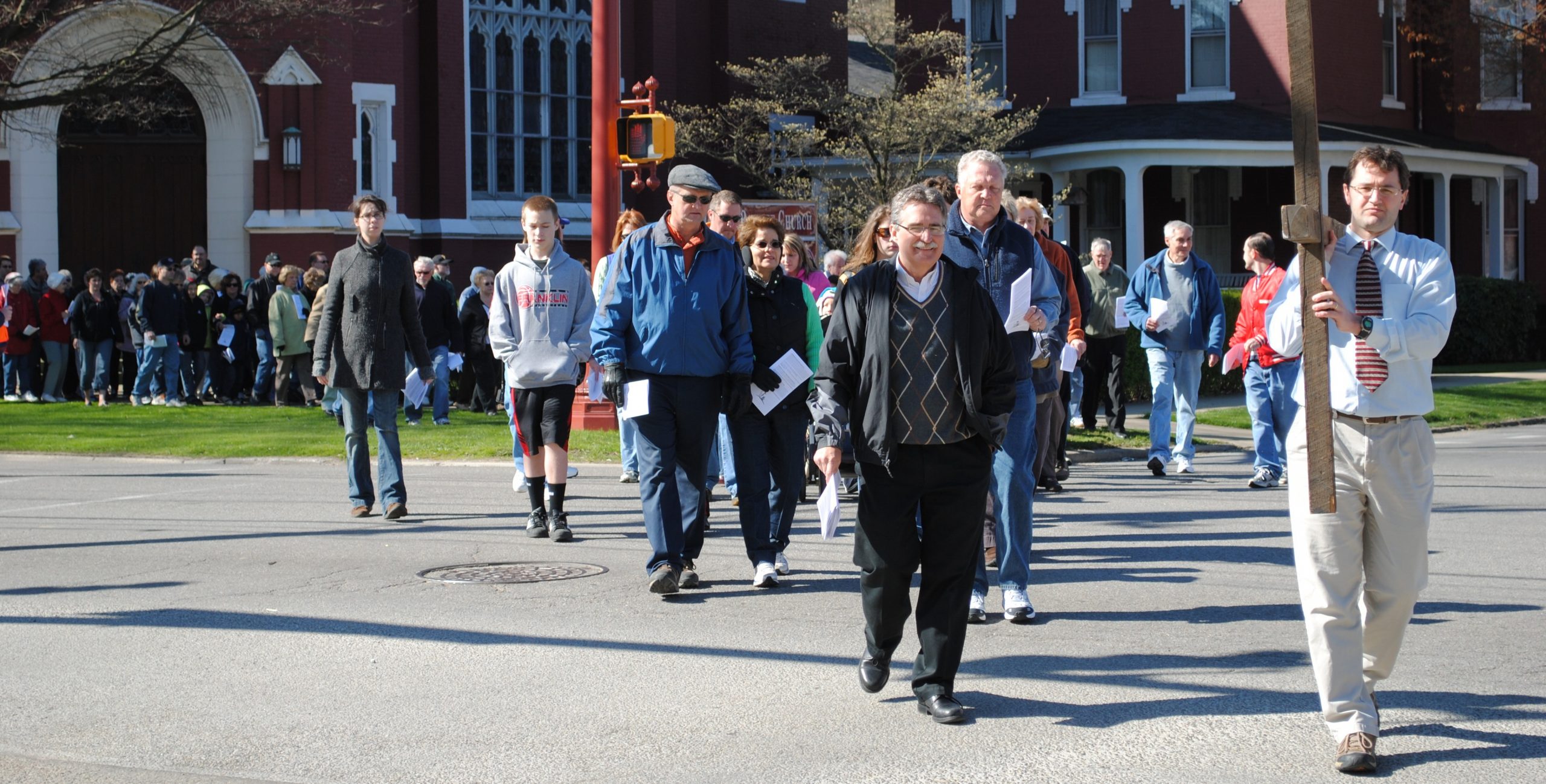 The Local Ministerium–Meeting Needs or Just Another Meeting?

It has always made sense to me that Jesus and the writers of Scripture frequently use agricultural images to illustrate the nature of pastoral ministry. For folks like farmers and shepherds, the work is constantly taking new directions and is never truly finished. The same is true of the work of a pastor. There is always another call or visit that could be made, another commentary or book that could be referenced, another prayer that could be offered.

With so many tasks calling out for the attention of a pastor, it is easy to feel like the last thing anyone needs is another meeting—especially if the meeting bears the unfortunate name “ministerium.” (Try telling your non-clergy friends you’re going to ministerium. Don’t be surprised if they look at you with a blank or mildly concerned gaze.) Even pastors are split when it comes to opinions about these gatherings. Some pastors look forward to these regular, often monthly, meetings, while others attend begrudgingly or simply avoid them altogether.

So why attend or advocate for these gatherings of local ministers? Why not leave ministerium meetings to the civic-club heavy past? To borrow an image from the work of Harvard political scientist Robert Putnam, why not bowl alone—or at least bowl with a group of your own choosing rather than whatever motley crew of pastoral colleagues happen to serve in your town?[1]

From my experience as a small-town pastor, the short answer is that ecumenical gatherings of local clergy provide an opportunity for flourishing that begins with individual pastors but extends outward to bless entire communities.

Like many vocations, pastoral ministry has its own set of challenges. Though this reality is gradually changing, one of the most significant challenges many pastors (and their families) face is repeated relocation. This is especially true for clergy men and women in Methodist and Methodist offshoot denominations like the one I grew up in, which until only a few decades ago required that ministers itinerate (read, move) every two years.

Even today, pastors on a whole do not often stay in one church for very long. A quick online search shows that the average can be anywhere from 3.6 years[2] to around 8 years, depending on their denominational background.[3] That means that the average pastor will likely be the new pastor in town around four or five times over a lifetime of ministry.

A local ministerium is well situated to help make these transitions more manageable for new pastors by welcoming them and by helping to connect them within the community faster than they could on their own.  Randy Powell, pastor of First Baptist Church in Franklin, Pennsylvania, experienced this welcome when he moved to Franklin ten years ago. “The first person to welcome me to town outside of my congregation was Pastor Jeff Little (First UMC). He has become my closest friend in Pennsylvania.” For Powell, “the ministerium, both in its functionality and in the men and women who were a part of our monthly meetings, made it far easier for a newcomer to feel like a part of the Church (big "C" purposefully), like we were colleagues not competitors.”

Some ministerium groups extend this welcome by supplementing these relational efforts through tangible tools to facilitate quicker integration into the local community. This can look like inviting a pastor to join local leaders for lunch or offering new pastors a packet of important information ranging from local restaurants and recreational activities to the contact information of key community leaders and ministry partners.

The blessings of being part of a local ministerium continue well beyond a pastor’s settling in stage. The irony of the pastoral vocation is that pastors, though surrounded by people, often feel isolated and lonely. Pastors can easily find themselves in a position where they are the listening ear for many but are truly heard and understood by few. This reality can be accentuated in rural and small-town contexts where leaders and fellow pastors from one’s own denominational tribe might live hours away.

The relationships forged within ministerium gatherings offer one partial remedy to the isolation of ministry. As Pastor Bobbie Hunt of Irwin Presbyterian Church notes, her local ministerium “is a group of peers” who not only commit to “sharing best practices,” but who also come alongside each other “with a pledge of confidentiality to provide encouragement [and] prayers for needs specific to pastoring challenges.” Pastor Lewie Bennett of New Zion Evangelical Congregational Church in Emlenton, Pennsylvania, agrees. He has found his local ministerium to be “a great place of relationship building even though we come from different theological backgrounds.” Bennett believes that involvement in the ministerium has been “a boon to the pastors because we are able to support one another in ministry as well as personally. We can vent with brothers and sisters who are in the same place as we are.”

In addition to encouraging the health and relational connectedness of individual pastors, a well functioning ministerial association also understands the community-wide implications of pastoral and congregational partnerships. These partnerships work two ways in local communities by heading off negative patterns of isolation and competitiveness while also encouraging synergy and innovation that helps congregations do more together than any of them could do alone.

Though many folks in the pews may imagine that pastors are impervious to base impulses like jealousy and competitiveness when it comes to ministry, the reality is that these sins can easily worm their way into our lives and the ways we think about ministry in our towns. When these traits are part of the mindset of a pastor or a congregation, they often lead to a territorialism via either a sense of inferiority or a thinly veiled arrogance that can easily derail the cooperative efforts of churches in the area.

Ministerium groups—precisely because of their relational nature—can help defray problems like this before they start. The footloose nature of American church-going (and church-leaving) is not going to change anytime soon, but it becomes much harder to encourage a kind of no-fault church hopping when one sits across the table from other pastors on a regular basis, or when one gets a call from a pastor, who is also a friend, explaining why a group of folks has decided to leave the congregation he or she pastors.

Constructive Efforts for the Common Good

But the positive impact of a local ministerium on the larger community is not limited to helping area pastors and congregations avoid things like miscommunication, jealousy, and the competitive spirit. In communities like the one I serve as a pastor, local and county-wide ministerial groups work constructively to build and maintain the relational bonds and organizational infrastructure that provide quantifiable good to our town and region.

As a local pastor, I have had a first-hand view of the constructive good that has come from these partnerships. Since I began pastoring in Oil City six years ago, I have witnessed the Oil City ministerium sponsor community-wide picnics, take collections for the families of pastors who have died unexpectedly, and forge connections with local funeral homes, school districts, Christian camps, the regional chamber of commerce, and many other individuals and groups. When community leaders speak at our monthly meetings, we regularly offer well received prayers for them and for the organizations they lead. Perhaps most significantly, we have partnered with the leading social service organizations in our county to design a system for verifying need and distributing aid to the many individuals who call church offices seeking help with utility bills, rent payments, and a host of other needs. Over the past five years we have worked together as a ministerium to give thousands of dollars to meet these needs. Working together with other local pastors to care for our community in this way has been deeply gratifying and has given me the sense of being in it together with local churches and colleagues in ministry.

Perhaps even more significant than the personal encouragement pastors receive from participating in a community of fellow ministers or the tangible good that comes from community-wide efforts undertaken through the ministerium is the larger story that ministerial involvement conveys to the watching world. The Franklin ministerium’s annual Good Friday cross walk provides a useful case in point. As the procession of pastors and laity from numerous congregations winds its way through town praying and singing at various stations, it provides an example of unity in Christian essentials that is hard to miss. Similarly, county-wide services at Thanksgiving or on Palm Sunday supplement the work of local ministerium groups and provide another visible reminder to our communities and congregations that local churches are actively seeking to work across the polarizations that threaten to divide us.

This emphasis on Christian unity for the promotion of the Gospel and the common good bears fruit in our communities. As Bennett notes, "The community sees local pastors and churches ministering as ‘the body’ together and not in competition with one another." When this happens, "the ‘Us vs Them’ mindset disappears.”

The Catch (and the Hope)

As good as all this is, there is a catch. All of this takes work—commitment over time, effort in building relationships. It also takes patience. No ministerium in perfect, and few ministerial meetings are thrilling. But the reality is that the fruit of local pastors’ efforts to pursue Christ and His beauty, truth, and goodness together for the sake of their community is worth it.

In a world where fragmentation and polarization are increasingly pervasive, any effort to stand together in the power of the Spirit, with a John 17-type vision of the unity of Christ’s church is a powerful signpost of the Kingdom.

[1] Putnam's bestselling book demonstrated a steep decline in American civic engagement and argued that this decline was negatively impacting American society and limiting individuals, in part by restricting their access to social capital. Putnam noted that religious organizations such as churches were among the most rich sources of potential social capital in our society. See, Robert D. Putnam, Bowling Alone: The Collapse and Revival of American Community (New Your: Simon and Schuster, 2000), 66-67.

Charlie Cotherman is program director of the Project on Rural Ministry at Grove City College. He is also a pastor at Oil City Vineyard, a church he and his wife Aimee had the privilege of planting in 2016. He has written on rural ministry, church planting, and history for a variety of publications including Christianity Today, Evangelicals, and Radix. He is the author of To Think Christianly: A History of L'Abri, Regent College, and the Christian Study Center Movement and a contributing editor of Sent to Flourish: Guide to Planting and Multiplying Churches. He lives with his wife, four children, and a spoiled cat and dog in Oil City, Pennsylvania.