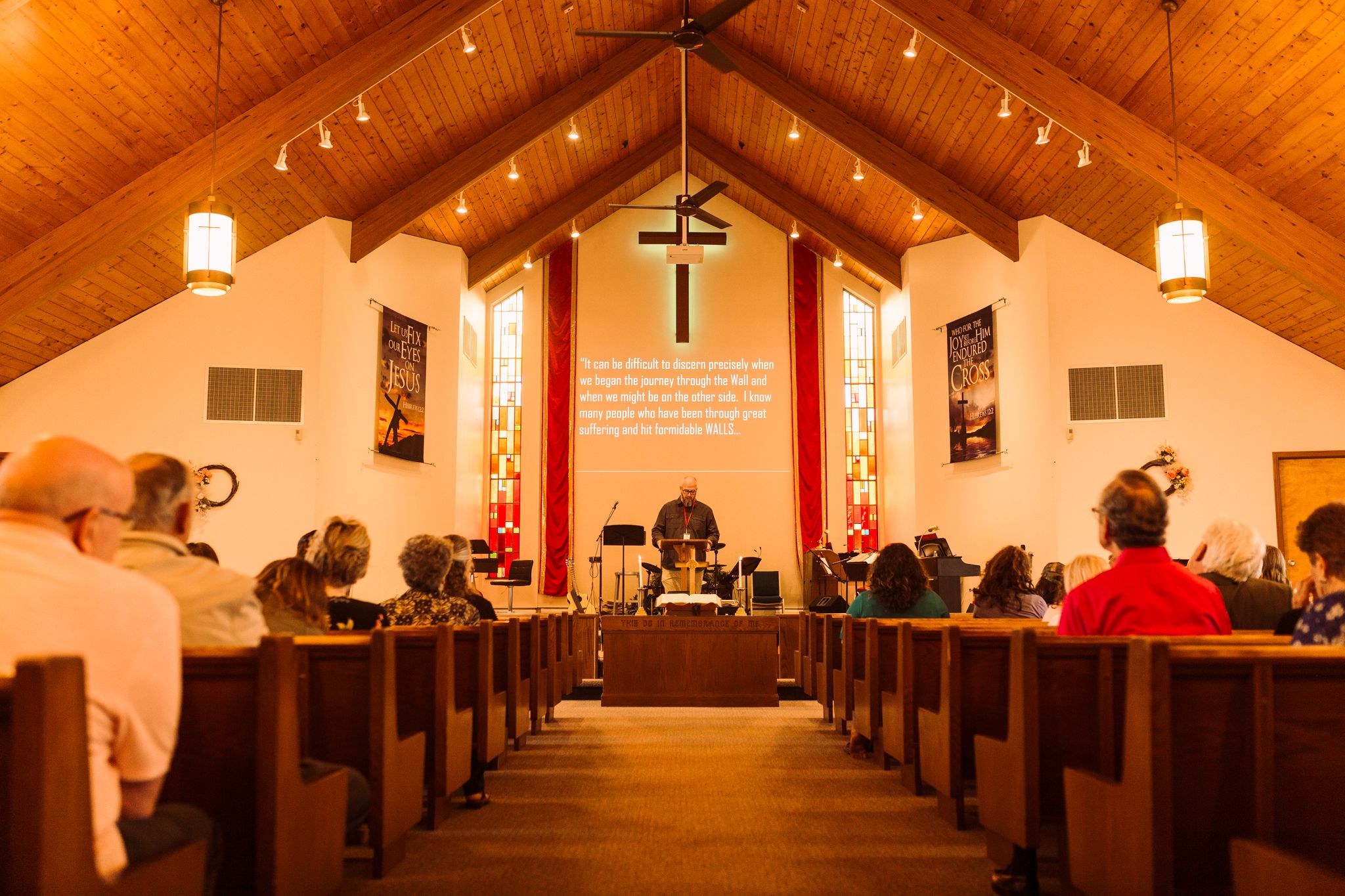 In Professor Ken Smith’s Entrepreneurial Leadership class last fall, two groups worked on developing a concept pitch throughout the duration of the semester. The work of one of those groups focused on gathering data from the Chapel at Mercer to develop the Plowshare Ministry. This group had four team members: Jansen Dudt, David Kraus, Grace Anne Shaw, and John Luke DeFllippo. Specifically, the Plowshare team gathered data for the purpose of creating a student-led organization that would help integrate college students into churches whose pastors participate in the Project on Rural Ministry. Their goal was to develop a program that would benefit both pastors and students alike in order to address a growing need for revitalization in smaller churches and students’ desires to be part of a church community.

The Plowshare Ministry concept seeks to address several needs that the team witnessed through their research. Church attendance has declined, and vitality is somewhat lacking in many congregations, especially since the COVID-19 pandemic. Among those who do attend, there are often a majority of older congregants with minimal connections to the younger generations. In addition to the Plowshare team’s broader research, which stated that young adults make up 23% of the population (Lifeway Research, 2021), they found in their case study at Mercer that young adults made up the smallest percent of members at the church. This demonstrates a need in the church for younger people to be more involved and contribute to helping congregations thrive.

In contrast to this seeming irrelevance of church to younger people, however, the Plowshare team highlighted the widespread desire Grove City College students have to engage with a local church. Despite this desire, many students find it difficult to connect with a church body and settle down in one place during their time at college. Why might this be? If students desire to be plugged in, why do so many find themselves church hopping instead? Maybe it is because this younger generation has fallen into a more consumerist mindset where church shopping is the norm and there is an emphasis on the individual asking, “what can I get out of this?” Maybe it is because college students have misguided expectations about what a church should look like or be for them. Or maybe it is because logistics make it hard for them to find a church they want to commit to, such as time or transportation.

In any case, there is a need in rural churches for more students to be invested in local congregations. Likewise, there is a need among college students to find a church family that they are willing to commit to and feel supported by, even for their short time in college. The Plowshare team therefore suggests an idea that will help meet both of these needs through a new student-led organization. Their vision is to “help revitalize small churches within the surrounding region” by facilitating the integration of college students in local bodies that are part of PRM.

How Would it Work?

The Plowshare Ministry would be led primarily by a group of students at Grove City College and be supported by the PRM, the College's Christian Ministries Department, and the Christian Formation Office. Students who show an interest in being part of a local church would get connected with the Plowshare Ministry and be assigned to a PRM church. They would be asked to commit to this church for a minimum of one semester, which is about three months. The team’s reasoning for this time period is that three months is long enough to get an accurate glimpse into the life of the church and begin establishing relationships, but not so long that students would be wary of committing upfront. The hope is that, during their three-month commitment, students would intentionally invest in the church and look for ways to serve, therefore contributing to the church’s vitality. For churches, their commitment would involve welcoming and loving students, assisting with transportation, organizing occasional meals, and providing feedback about the program.

This concept offers many benefits with a lasting impact to both churches and students alike. With the addition of younger members to their congregation, churches may experience a new kind of energy and be blessed by various growing talents as students serve in different capacities. Older members would have fresh opportunities to practice discipleship and mentoring with students who are eager to seek direction in their life. The newfound dynamism in the church might also draw in others and eventually result in a flourishing congregation.

Students, on the other hand, would have new opportunities for meaningful fellowship with a body that is invested in their well-being. Since many of these churches are also smaller in size, students could potentially feel more known, rather than feeling like an anonymous church-attender that simply comes and goes. They would be intentionally plugged into a community that makes a concerted effort to know them individually and care for them like a family. “Your presence is just not as noticed in bigger churches,” David explained. “You really get to have an impact when you attend a smaller church, and it feels a lot more personal.”

There would also be the potential to be discipled and mentored, as well as the potential to step into leadership roles. In a smaller church where the pastor may wear many hats, there is a greater need for people who are willing to serve, and students could aid with filling in the gaps while also gaining ministry experience. This might also lead to valuable internship opportunities in the future, especially for Christian Ministry majors. “Students want to have an impact,” Grace Anne stated. “They want to grow in the body and in leadership skills, and that is something you can do in a rural church.”

While the Plowshare Ministry would begin by assigning students to the Chapel at Mercer, which is the church the Plowshare team worked with over this past semester, the long-term goal would be to expand this ministry to other PRM churches in Grove City, Slippery Rock, and the Sandy Lake areas. Additionally, the team hopes that this program will allow students to see the value of investing in a local church body, which will in turn result in their willingness to commit to the church long-term, at least for the duration of college.

You may wonder whether such an endeavor would be successful or not and if students would actually be interested in making this kind of commitment. The Plowshare team has good reason to believe that this undertaking would be worthwhile based on their understanding of the student body at Grove City College. They reported that “over 100 students choose to sacrifice their spring break to support ministries on ICO trips,” and one person on their team knows of another student who leads at five different churches throughout the school year. There is certainly an interest among students to be part of something bigger than themselves and serve others. “Why else would so many students give up their spring breaks and choose to work instead of vacation?” the team asked.

Grace Anne compared the Plowshare project to these ICO trips. “There are many things that draw students to an ICO team,” she said. “Whether that is getting to build new friendships, making a difference by serving another church, or the chance to intentionally live on mission for a week alongside a team with a unified vision. The Plowshare Ministry would be like an extended version of those one-week trips. Students would be serving alongside one another for an entire semester, living on mission and developing deep fellowship with the body of Christ.” The same things that draw over 100 students to ICO trips might also draw students to be part of the Plowshare Ministry.

A very practical and feasible concept, it is worth considering the impact a ministry like this could have for both students and members in rural churches. With that extra bit of coordination to connect students with local bodies, students could have more opportunities to grow deeply in their faith, and churches could experience revitalization. Even apart from this specific ministry idea, consider the significance of intentionally assimilating younger people into the body and the beauty that can be found in churches that have this intergenerational approach. How might we better reflect Christ’s view of the body and its uniquely gifted members by doing so?

Mikayla is a writing intern for the PRM and a senior majoring in Psychology and Biblical and Religious Studies. She is from the Chicago area.