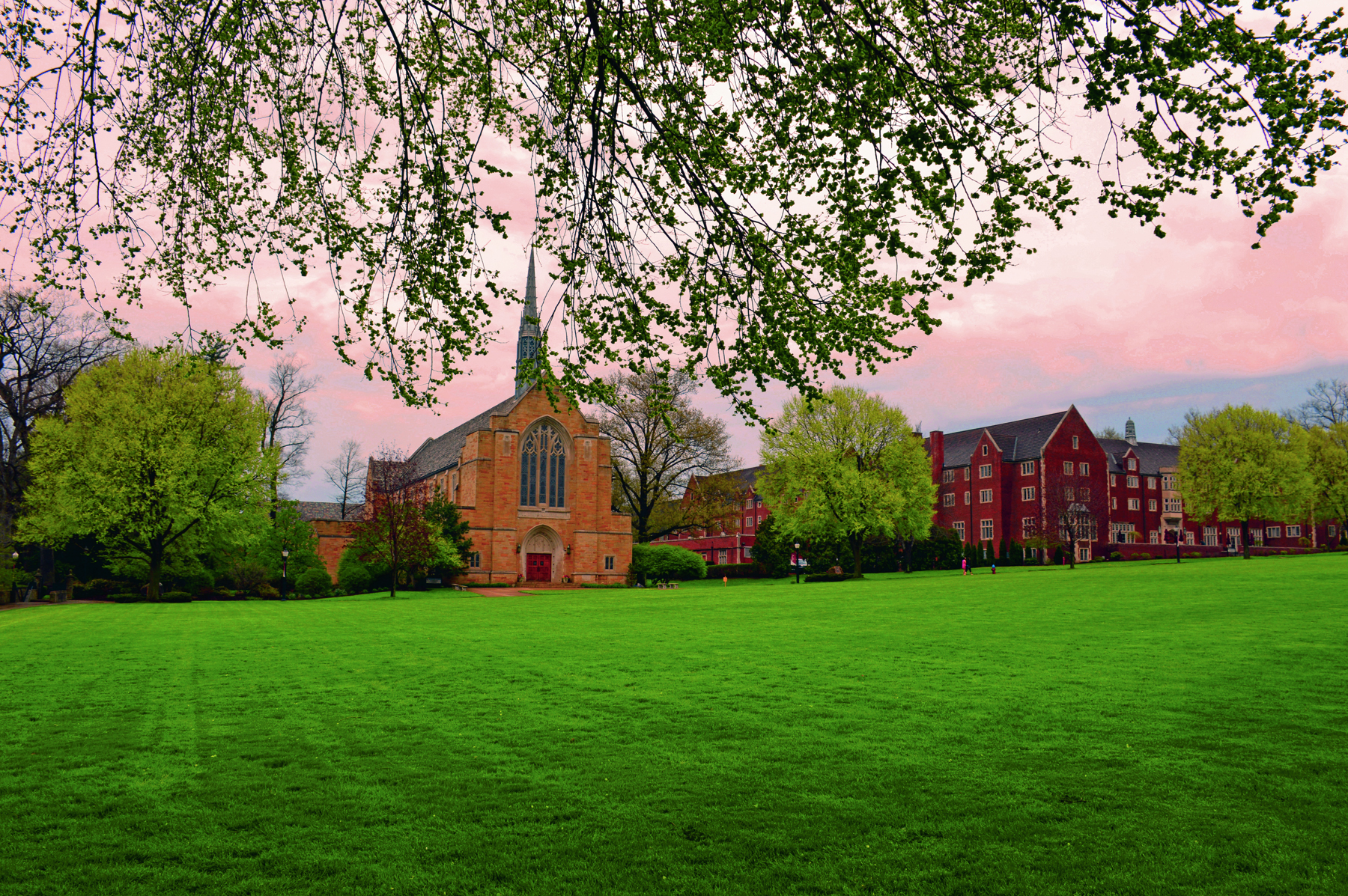 The Project on Rural Ministry: The Roots are Deep in Grove City College’s History

Since its founding in 1876, Grove City College has sought to prepare its graduates to serve the common good. The college makes this commitment explicit in one of its stated goals: to “promote a sense of responsibility to [the] larger community and society” by providing “academic, spiritual, social, and cultural services.”

The Project on Rural Ministry builds upon the college’s rich history of serving the churches in the region by exploring the unique circumstances of pastors serving rural and small-town communities in western Pennsylvania, northern West Virginia southern New York, and eastern Ohio. The Project rests upon the central conviction that Christian colleges are uniquely positioned to amplify the voices, extend the relational networks, and cultivate ongoing learning by local pastors and ministry leaders.

A Longstanding Commitment to Pastors

The roots of Grove City’s commitment to forging strong relations between the college and region go deep into the institution’s history. Beginning in 1897 and running through the early 1930s, Grove City hosted a ten-day Bible conference each August. The moving spirit behind the conference, like virtually everything else at the college, was President Isaac Ketler (1853-1913).

For most of the nineteenth century, the College served the common good at least in part by advancing Christian values through its curriculum and extracurricular life. When Grove City transitioned from being a preparatory school into a full-fledged college in 1884, the trustees defined the college as “a Christian but undenominational institution of learning.” When the trustees reorganized the college again in 1894, they elaborated upon the religious character of the college when they described Grove City as “an undenominational but evangelical Christian school.”

By “undenominational” the trustees were trying to communicate the fact that technically the college was not under the authority of the local presbytery, the synod, or the general assembly of the northern Presbyterian Church. The charter stipulated, in fact, that no more than 10 of the 30 trustees could be ministers. Moreover, the charter explicitly stated that the college would admit students “without regard to religious test or belief” and said the same for the faculty.

In the late nineteenth century, summer Bible conferences gained popularity. In some ways, they replaced Sunday School teacher training meetings and religious revivals. Some of the more popular ones were the Chautauqua Bible Conference, D.L. Moody’s Northfield Bible Conference, and the Niagara Conference run by premillennialists.

At Grove City College, Ketler brought scholars to teach undergraduate and graduate courses during summer school and persuaded them to stay to participate in these Bible conferences. Grove City’s annual conference, as one advertisement put it, “is having a wide interest in simulating interest in Bible study and Christian work.” Just as Ketler organized summer school training for public school teachers, he hoped the annual Bible conference would provide local pastors and laypeople with in-depth knowledge about the Bible and theology.

A Commitment to Serving Pastors and Churches in the Region

By several measures, Ketler attempted to serve the churches in the region. He had graduated from Western Theological Seminary (now Pittsburgh Theological Seminary) and was ordained pastor in the northern Presbyterian church. Ketler was a churchman and preached regularly in churches throughout western Pennsylvania. Throughout his tenure, he encouraged students to go into the pastoral ministry or the mission field.

Theologically Ketler is best described as a stout evangelical Presbyterian with a progressive tendency and a broadly ecumenical disposition. Ketler's sermons reveal a deep commitment to a traditional evangelical understanding of the work of Christ. In one baccalaureate sermon, he reminded graduates of that the "gospel which saves men from their sins and gives them the assurance of salvation" is the gospel that gives people "the right to become a citizen of the Kingdom of God." Ketler's commitment to evangelism comes through in his moving tribute to the Grove City alumni who were Presbyterian missionaries in China and martyred during the Boxer Rebellion. Ketler's epic poem, The Pilgrims, also reveals the warm piety of a deeply committed Calvinist.

While the Fundamentalist-Modernist controversies of the 1920s and 1930s eventually led to an ecclesiastical schism, good historians would caution us to avoid reading this later theological division back into the late nineteenth and early twentieth centuries. The fact that speakers as diverse as the liberal Boston University theologian Borden Bowne and the conservative Presbyterian Princeton theologian Francis Landey Patton could share the podium at the 1904 conference indicates that later Fundamentalist-Modernist controversy had not yet divided Protestants of different theological persuasions into warring factions. They might have been sitting at different theological tables but there were still in the same tent. That would change, however, in the years after Ketler’s death.

Learning from the Past

Although history does not repeat itself, we can learn from the past. The landscape we face is dramatically different then when Grove City opened its doors more than a hundred years ago. One thing, however, remains the same. Grove City is still a Christian college. We hope that the Project on Rural Ministry helps us as a college to strengthen the relationship between the college, the community, and churches in our region.

The college, the community and its churches have a rich legacy. One early document in the college’s founding asked this question: “Will any deny the providence of God in . . . giving an institution of learning to a people who were willing to lose sight of personal considerations that their children . . . might drink at a veritable fountain of living waters?” For the faculty members involved in this project I can say that we believe that Jesus is the living water and that we hope through this project to give the churches and the larger communities they serve the hope of the gospel of Jesus Christ. The Project on Rural Ministry, like Ketler’s annual Bible conference, is one way that Grove City College continues to strive to serve the region’s churches.

As dean of the Calderwood School and professor of religion and humanities at Grove City College, Paul lends his expertise as an academic administrator to the Project on Rural Ministry (PRM). In his role of academic director, he connects faculty and students with PRM initiatives. Paul is the author or editor of several books on the history of the church and of higher education, including The Oxford Handbook of Presbyterianism; Faith, Freedom, and Higher Education: Historical Analysis and Contemporary Reflections; Princeton in the Nation’s Service: Religious Ideals and Educational Practice, 1868–1928; and The New England Watch and Ward Society. He recently facilitated a faculty discussion group on “Faith for the Common Good,” funded by the Lilly Fellows Program in Humanities and the Arts.