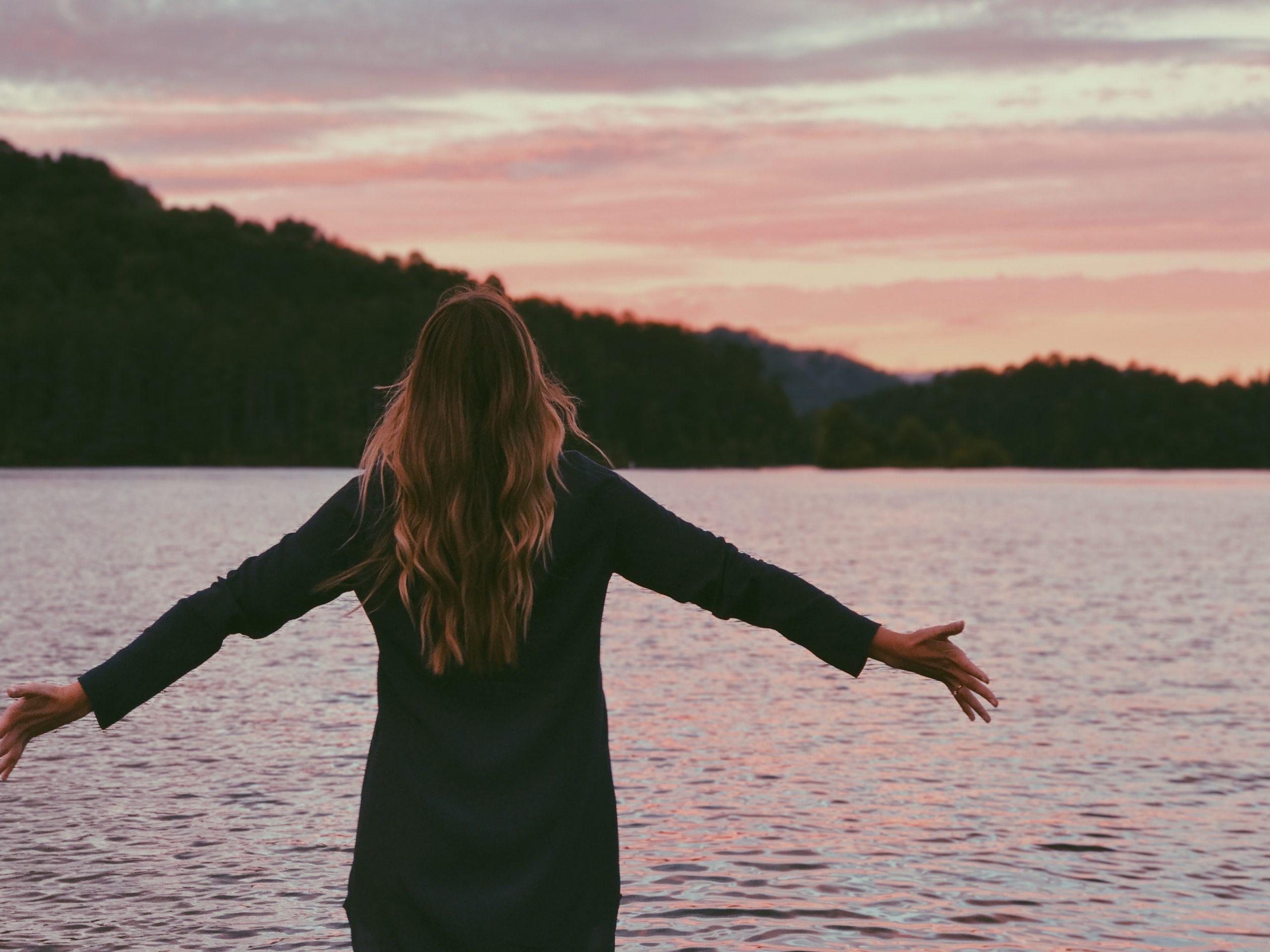 Now you are the body of Christ, and each of you is a member of it. I Corinthians 12: 27

Few writers in recent memory have cast a more compelling and clear-eyed vision of rural life in 20th-century America than Wendell Berry (b. 1934) and Marilynne Robinson (b. 1943).  Much like William Faulkner before them, Berry and Robinson have fruitfully committed themselves and their fictional work to out-of-the-way places.  In his native Lafayette County, MS, Faulkner discovered his own “postage stamp of native soil,” out of which grew the many novels and stories that make up his Yoknapatawpha saga.[1]  For Berry, his native Port Royal, KY, where he has lived and farmed for most of his life, is re-created in the apocryphal river town of Port William.  Likewise, during her decades-long sojourn in Iowa, Robinson has written and set her best novels there in the small town of Gilead, on the prairie of the Hawkeye state.  As remarkable as these two writers are in their choice of setting, they are even more striking in their determination to take the Christian faith of their characters and regions seriously.  Having taught their works for many years, I regard Berry and Robinson as kindred spirits, not only of one another, but also of all of us who labor in rural areas.  While the works of both Berry and Robinson resist facile interpretation, my hope here is to briefly offer a couple of fruitful pathways into their work.

All One Piece of Work

Just a few pages into any Berry novel or story, one is immediately struck by his keen emphasis on community.  More than the story of any particular person, Berry’s fiction comprehends the history of an interconnected and mutually dependent collective.  Riffing on St. Paul’s wonderful metaphor for the Body of Christ in 1 Corinthians 12 (and elsewhere), Berry employs the robust term “membership” to describe this communion of saints.  For example, Berry’s most important novel (and a great introduction to his work) is entitled The Life Story of Jayber Crow, Barber, of the Port William Membership, as written by Himself.  Even the most evocative and fascinating characters in Berry’s work do not exist or regard themselves as complete unto themselves.  Rather, “membership” is ultimate, transcending not only individual autonomy but also blood ties and even the walls of any local congregation.  Indeed, via this comprehensive metaphor Berry offers a vision of nothing less than the Kingdom of God itself.   In his essay “The Two Economies” Berry explores the Kingdom’s capacious dimensions:

Oh yes, brothers and sisters, we are members of one another.  The difference, beloved, ain’t in who is and who’s not, but in who knows it and who don’t.  Oh, my friends, there ain’t no nonmembers, living nor dead nor yet to come.  Do you know it?  Or do you don’t?  A man is a member of a woman and a worm.  A woman is a member of a man and a mole.  Oh, beloved, it’s all one piece of work.[3]

Throughout Berry’s novels, stories, and essays, the Kingdom of God and our membership therein is all gift, and those whose lives who are most blessed by the membership’s love, affection, respect, and nurture are those who can bring themselves to acknowledge God’s kingdom and their place within it.

Wonder on the Prairie

Set mostly in rural Iowa during the first half of the 20th century, Marilynne Robinson’s Gilead novels—Gilead (2004); Home (2008); Lila (2014) and Jack (2020)—constitute a decidedly more intimate saga than we find in Port William.  While Berry’s membership is peopled by several families and well over a hundred characters, Robinson’s novels dramatize the family histories of two pastors:  the Presbyterian minister Robert Boughton and his lifelong friend and Congregationalist clergyman John Ames.  In Robinson’s remarkable four-novel chronicle, Gilead provides the anchor, chiefly because of Ames’ winsome and wise first-person narration.

Gilead is basically a long letter from the seventy-six-year-old Reverend Ames to his seven-year-old son.  After living most of his adult life as a widower, Ames has experienced the joyful happenstance of an unexpected second marriage that has made him a father in his old age.  As the novel opens, Ames, who has enjoyed good health and vitality throughout his life, has recently learned that his heart is failing.  Thus, in his epistolary ruminations he undertakes the bittersweet task of explaining to his son their family history and the history of Gilead, Iowa itself.  Gilead isn’t long on plot (at least not initially), but it is keenly aware of a created world that is steeped in God’s glory.  For Robinson and her gentle hero, the wonder of the world is the wonder of existence, both the world’s and our own.  Early in the novel, Ames muses

I have been thinking about existence lately.  In fact, I have been so full of admiration for existence that I have hardly been able to enjoy it properly. . . .I feel sometimes as if I were a child who opens its eyes on the world once and sees amazing things it will never know any names for and then has to close its eyes again. I know this is all mere apparition compared to what awaits us, but it is only lovelier for that. There is a human beauty in it. And I can’t believe that, when we have all been changed and put on incorruptibility, we will forget our fantastic condition of mortality and impermanence, the great bright dream of procreating and perishing that meant the whole world to us. In eternity this world will be Troy, I believe, and all that has passed here will be the epic of the universe, the ballad they sing in the streets. Because I don’t imagine any reality putting this one in the shade entirely, and I think piety forbids me to try.[4]

Passages like this one give the narrative a meditative and almost mystical tone that belies the greater dramatic action and spiritual travail (past and present) that Reverend Ames confronts as the story progresses.  In fact, Robinson’s novel approaches greatness chiefly because it reckons so forcefully with perennial American questions about history, race, and reconciliation.  But even in the midst of such crucial reflections, the novel never ceases to insist upon the blessed Incandescence that illuminates and holds together all things.

We have much to be thankful for in the ongoing work of these two living American writers.  Prophetic but hopeful, realistic but affirmative, Berry and Robinson offer us a deeply Christian vision of community and creation.  As we continue our work together in our own out-of-the-way places, may the imaginative genius of Berry and Robinson be a great source of encouragement.  They would surely join us in our prayers for our neighbors and region.

Prayer for Towns and Rural Areas

LORD Christ, when you came among us, you proclaimed the kingdom of God in villages, towns, and lonely places: Grant that your presence and power may be known throughout this land. Have mercy upon all of us who live and work in rural areas; and grant that all the people of our nation may give thanks to you for food and drink and all other bodily necessities of life, respect those who labor to produce them, and honor the land and the water from which these good things come.  All this we ask in your holy Name. Amen.

A native of Laurens, South Carolina, H. Collin Messer teaches American literature at Grove City College.  He has published articles and book chapters on William Faulkner, Thomas Wolfe, Raymond Carver, and Walker Percy.  He is currently working on a book-length study of Percy, in which he traces Augustinian influences and echoes in Percy’s work with particular interest in the Christian existentialism of both St. Augustine and Percy.  He and wife, Elizabeth, have three children.